Bayard was the name of a legendary French horse that was said to have been ridden by the great Charlemagne, a medieval emperor who ruled much of Western Europe. Legend has it that this horse was renowned for its strength, stamina and intelligence. Bayard was said to have be able to carry the four grown riders at once. In addition, this mythical horse even understood human speech, and once escaped certain death by smashing a large mill stone with his hoofs that was tied to neck to drown him. From this moment on Bayard attained “immortality”. The horse Bayard and those who rode him feature in a number of epic poems of the middle ages, and Bayard even appears as Troilus’ horse in Chaucer’s Troilus and Criseyde. The horse is celebrated across Belgium with statues, place names and festivals.

“Bayard” is indeed a worthy name to describe a company that provides hope and support for others. But by perfect coincidence, it is also the name of the humble street that director, Gary Johnston, grew up on.

Bayard Street for Gary will always be synonymous with the harsh post World War 2 conditions of Sydney. He endured these living with his family and extended family in one home. Doing without the simple things was common during those days. Even so in these times, Gary pursued his education and explored a passion for electronics. This in turn would lead to the creation of “Jaycar”, a leading Australian and New Zealand electronics retail company with over 110 stores.

Today after his decades of stamina, strength and hard work, Gary was able to make the path easier for others.

Read More of the Bayard Legend 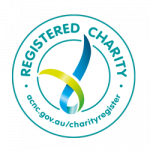 We are a for-purpose, not-for-profit organisation, governed by a Board of Directors. We are a charity registered with the Australian Charities and Not-for-profits Commission (ACNC) and endorsed as a Deductible Gift Recipient (DGR).